1st half
A goal was scored and it put us in front for our trip to the Premier League.

2nd half
A couple more goals were scored but who cares – we’re in the fucking Premier League. 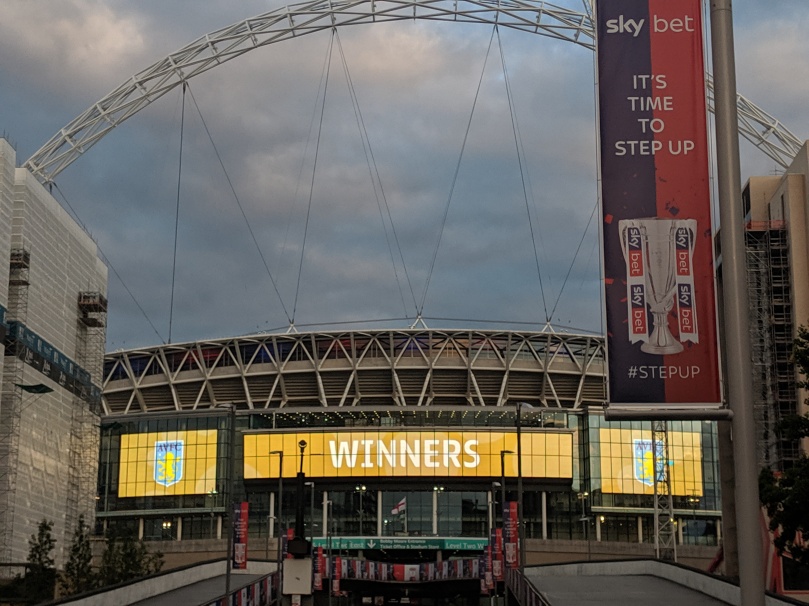 Player Ratings
Jed Steer – 10/10
Big hands Jed looked loads bigger than his 4′ 3″ stature, as he filled the massive Wembley goal like the frigging Colossus he is. Sweet left foot and a top fuckin lad!

Ahmed Elmohamady – 10/10
Forget Mo Salah, there’s only one king of Egypt. A right foot like David Beckham and a leap like Jonathan Edwards in his prime. Some say that when he leapfrogged Uncle Albert after a recent win, he was just practising for his successful jump over the pyramids and sphinx. What a guy!

Tyrone Mings – 10/10
Probably the sexiest footballer alive and always the coolest guy on the pitch. Gave me a tingle in the nether regions every time he touched the ball today. Decided to lie down to let Derby score and give them a chance today, showing what a top guy he really is. SIGN HIM UP, SIGN HIM UP, SIGN HIM UUUUUUUPPPPP!

Neil Taylor – 10/10
Forget Saint David – arise Saint Neil, the new poster boy of Wales. Kept the two big up and coming Welsh names (Wilson and Lawrence) in his pocket all game. A defensive hero and a cool fucking guy!

Conor Hourihane – 10/10
Controlled the middle of the park, like an older bully telling his younger counterparts to get the fuck off the swings, before sending them back home crying to mummy. Make a statue of that left foot outside Villa Park right now! 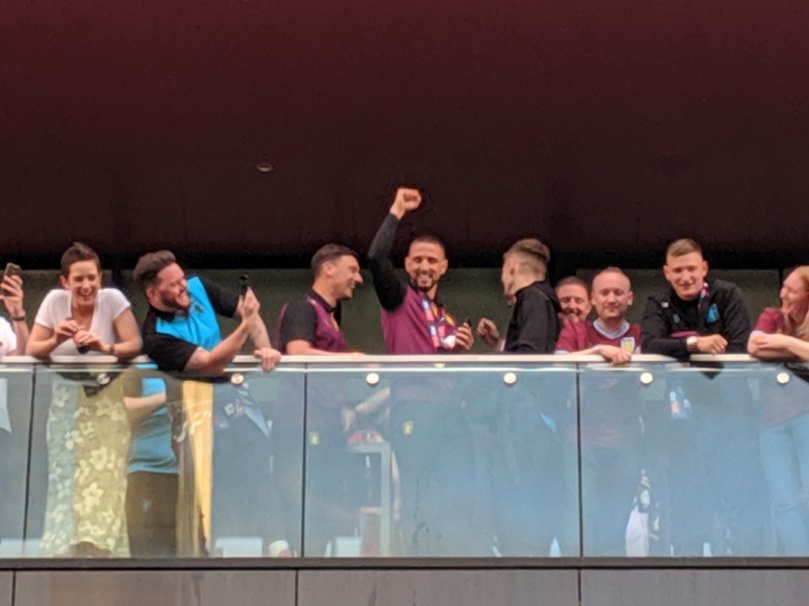 John McGinn – 10.1/10
WE’VE GOT MCGINN, SUPER JOHN MCGINN! I honestly think that he is the best thing ever to come out of Scotland – even better than Irn Bru. The guy is an absolute legend and probably ended the day as the best person to ever grace the Wembley turf.

Jack Grealish – 10/10
And on the 6th day, God created man and said, “He will look like an adonis and glide past players with ease on a football pitch, before telling them to shut the fuck up”. My first child will be called Jack – mark my words!

Albert Adomah – 10/10
The greatest pensioner the footballing world has ever seen. Controlled the other pensioner (Ashley Cole) throughout the whole game. Will go back to the home knowing that he is forever a Villa legend.

Anwar El Ghazi – 10/10
If my first child is going to be called Jack, then my second one will definitely be called Anwar. He’s got moves like the penguin from Happy Feet and tricks that David Copperfield would be proud of. Come and move to the streets of Erdington and be treated like royalty for the rest of your life.

Tammy Abraham – 10/10
Sure, you could go back to Chelsea and possibly play Champions League football, but would that really make you happy Tammy? Why not just stay at the Villa and live the rest of your days knocking in goals for fun. I’ll even throw in a Villa Special from the Villa Chippy once a month…what do you say?

Subs
Andre Green – 10/10
The understudy this season, but what a bloody understudy. I’ll never forget losing my shit when he equalised against Sheffield Utd. Today he came on and decided to worry Cashley just a little more.

Kortney Hause – 10/10
Has he just drunk in whatever Tyrone Mings is on? That guy showed Derby a defensive masterclass today and decided to get his head on to everything like Villa’s own Mr Miyagi, John Terry.

Dean Smith – Completed the ratings
Already a Villa hero. If Prince William does not give him a knighthood after what he saw today and over his tenure so far, then I don’t know what the world is coming to.

Right, see you all in August…for the start of the Premier League season. What a day!

“Now we head to the midlands and villa park, where a newly promoted Aston Villa take on ….. on their return from a 3 year absence from the premier league. Commentary from guy Mowbray”